Have you ever visited a restaurant and four months later still think about it? It takes a special place to resonate with you for so long. LoVeg in Prague, Czech Republic is one of those places.

I came upon LoVeg after walking across the Charles Bridge and through the charming neighborhood Mala Strana late one afternoon. The cobblestone streets and winding roads are packed full of restaurants offering local fare consisting of braised pork knuckle, beef goulash, and animal filled dumpling. Finding a vegan restaurant among them was serendipitous. 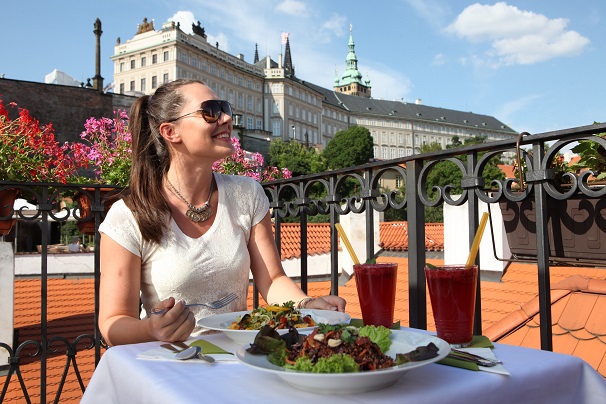 Prior to opening the restaurant LoVeg’s owner, Karel Chlumec, decided to quit an unsatisfying job in television media. He had recently adopted a vegan diet and started to think about a career that would be fulfilling. He decided to try his hand at selling vegan food to hungry summer music festival attendees.

The response from curious locals was positive, especially among the tattooed death metal crowd. When satisfied customers began to ask him where they could find his food outside of the festivals he considered selling vegan street food on a full-time basis. However, when he found the space LoVeg is currently located he fell in love with it and decided to open a restaurant instead.

The menu was developed with the idea that you can “veganize” anything and features global cuisine, including Czech, American, and Indonesian food.

At my first visit I ordered the burger. The flavorful patty was made from red beets and chickpeas, topped with tempeh “bacon” and was accompanied by baked fries and a vegan mayo dipping sauce. Messy and thoroughly satisfying! I washed each bite down with the tasty, honey colored organic beer on the menu which is made by one of Karl’s friends and can only be found at LoVeg. I should say I didn't regret I had vegan dish instead of delicious sausages in all natural sheep casings, as I believe vegan food can be good enough as well. 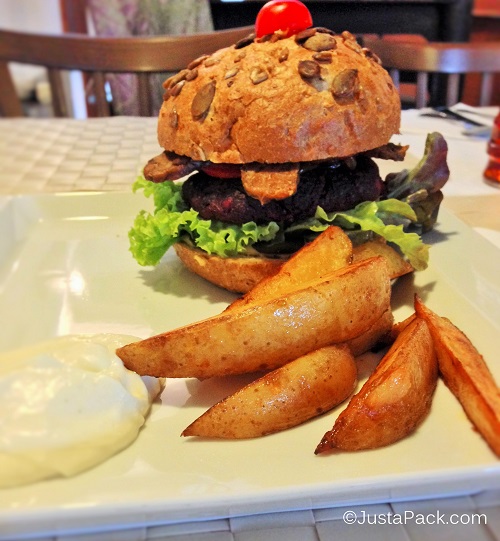 At my second visit, I brought a friend with me so she could also experience the restaurant and so I could try more dishes. I ordered the Indonesian specialty Nasi Goreng which was made from fried rice with Shiitake mushrooms, tempeh, and vegetables. A well seasoned, slightly spicy, and wonderfully flavored dish.

My friend ordered the veganized version of a traditional Czech dish. It included a marinated root vegetable sauce with vegan cream and cranberries, served with “meat” and dumplings. Another hit. 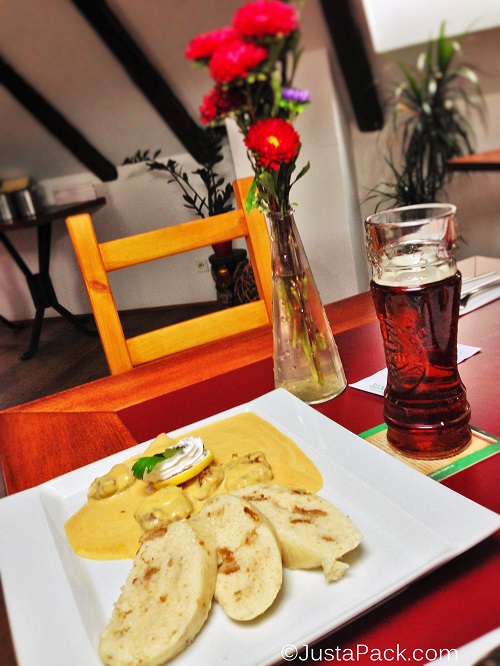 For dessert we shared the raw raspberry cake. The crust was delicate and nutty, the filling was a creamy raspberry and coconut concoction. It was topped off with a smooth chocolate ganache. The best raw vegan dessert I've ever had the pleasure of tasting. 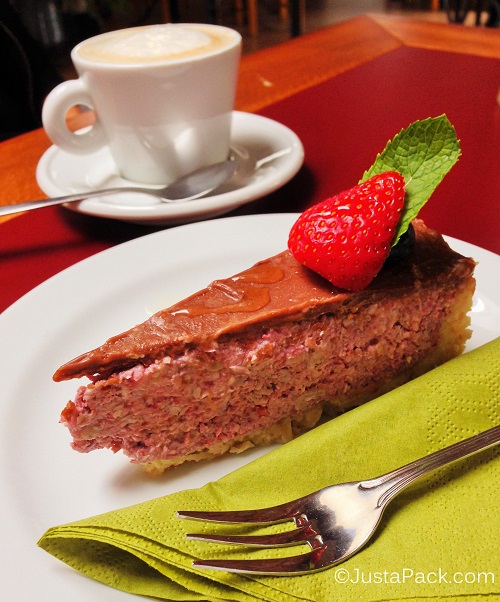 The thing that makes LoVeg so special is that it offers more than just incredibly delicious and diverse food. The atmosphere is relaxed, decor clean and cozy, and the staff are extremely friendly, something not always easy to find in Prague. If you’re lucky enough to visit the capital of the Czech Republic, vegan or not, make sure you check out the restaurant. You won’t be disappointed. 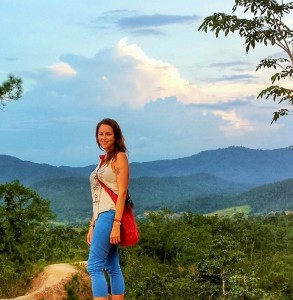 Randi is the co-creator of Just a Pack, a website devoted to teaching Americans and others how to travel on a budget. She has been published by The Huffington Post, xoJane, HappyCow, and Travelettes. Randi is currently on a round the world trip and working on a second website with her travel partner, Michael, called VeggieVisa which is devoted to vegan travel. For more great vegan options in Prague check out Randi's vegan guide to the city. 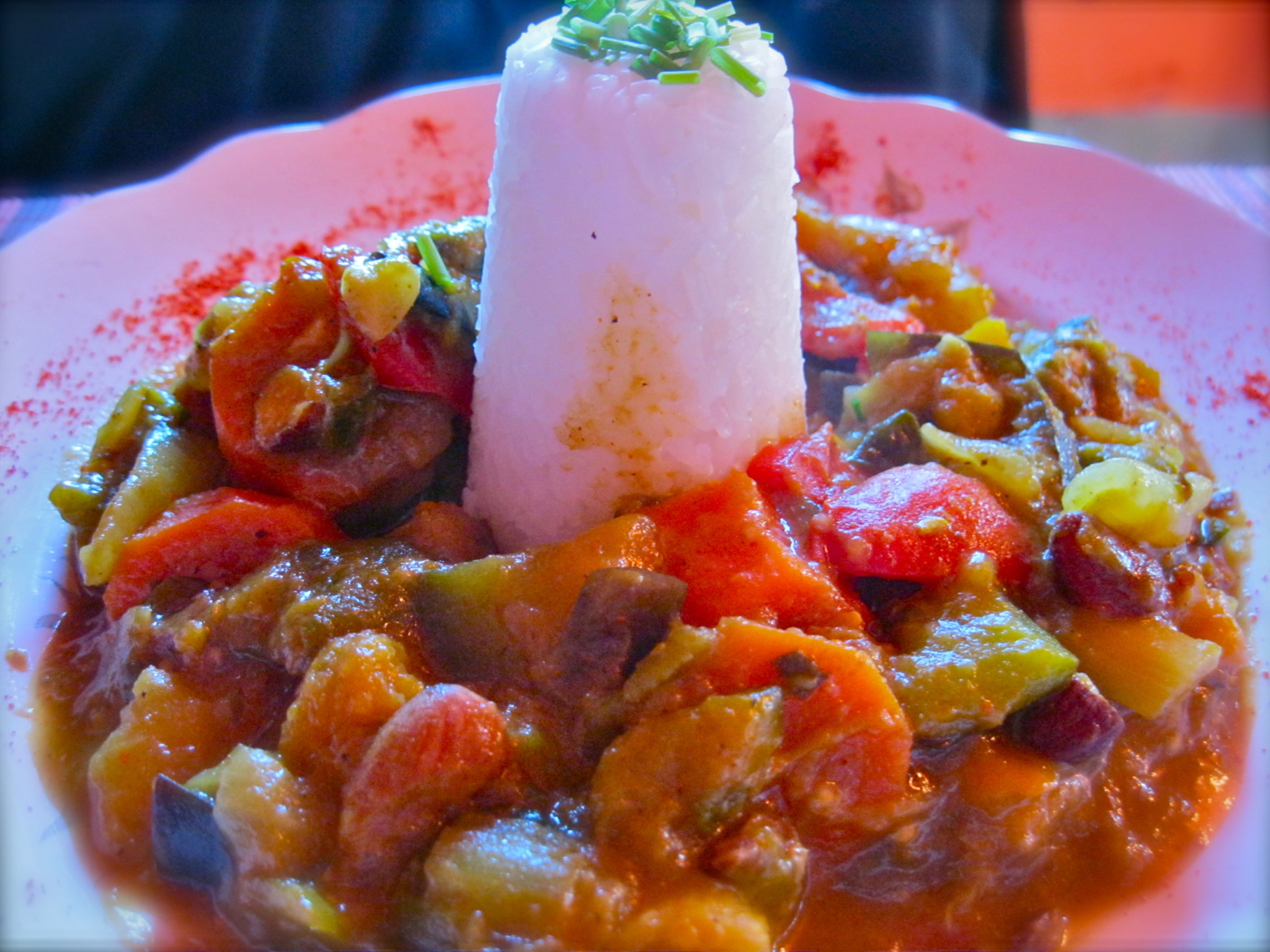 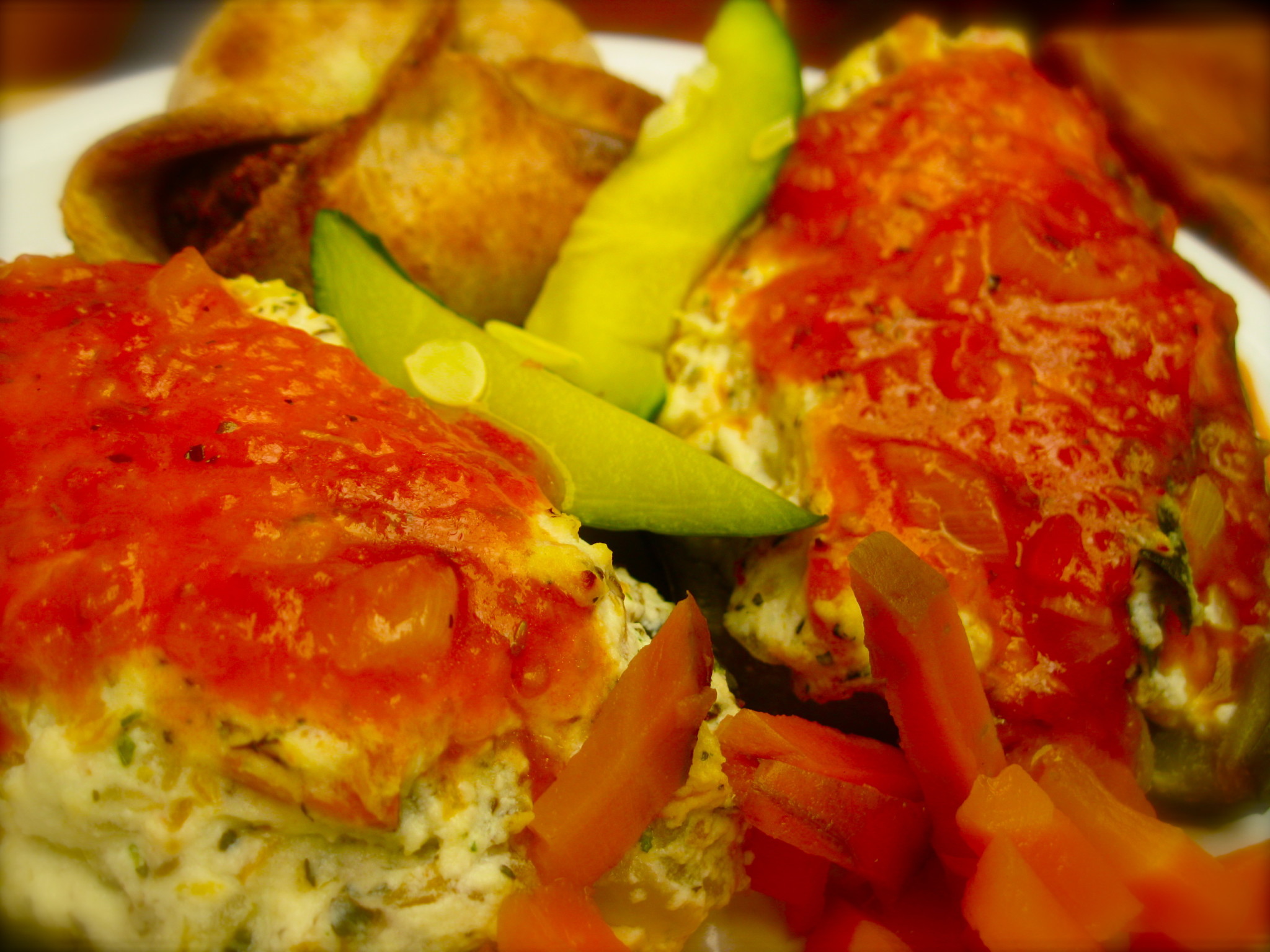 Every week, for your viewing pleasure, we’ll be posting one or more obscene pictures of something delicious that we’ve gluttonously gobbled down our gullets on… 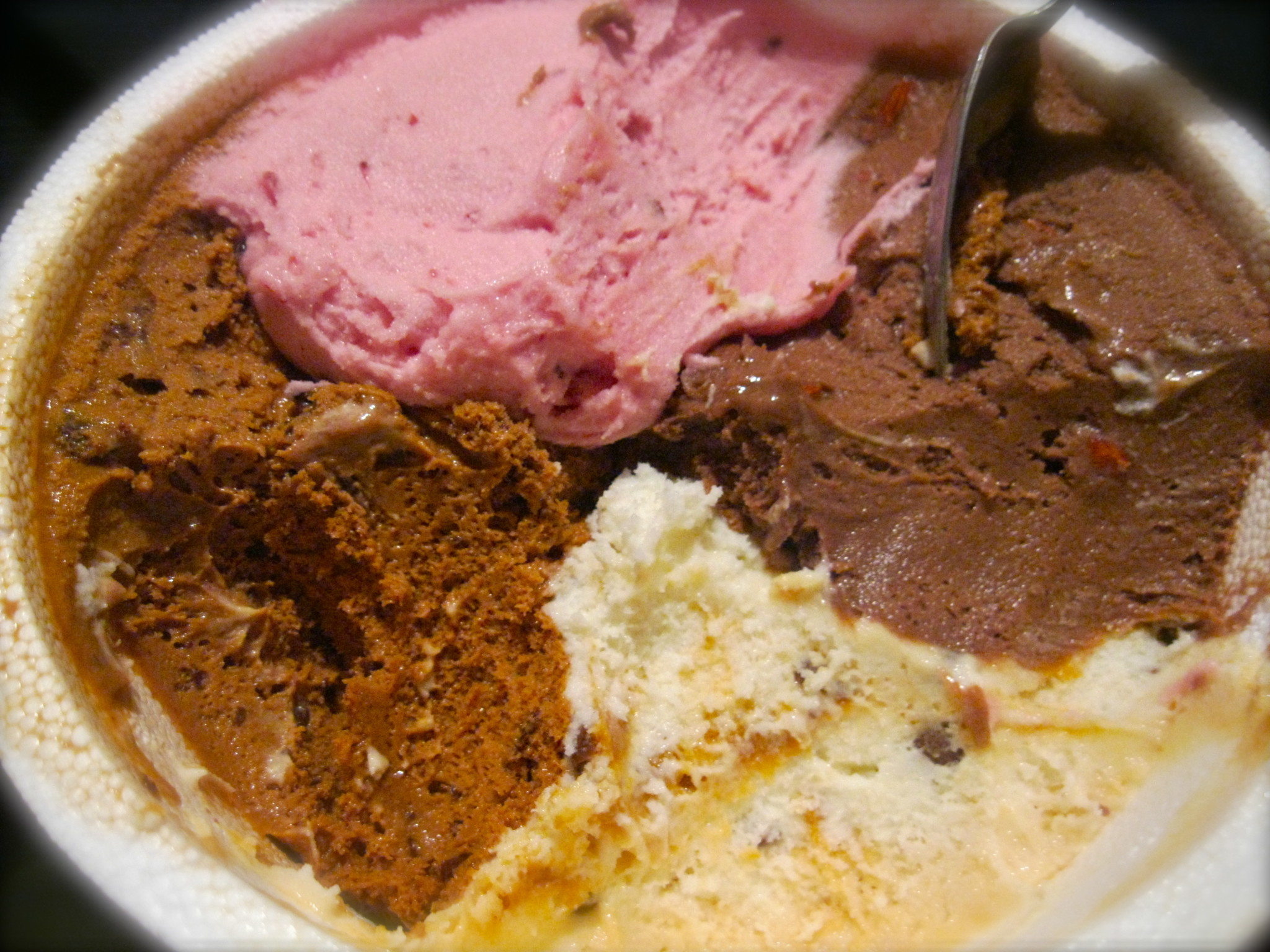 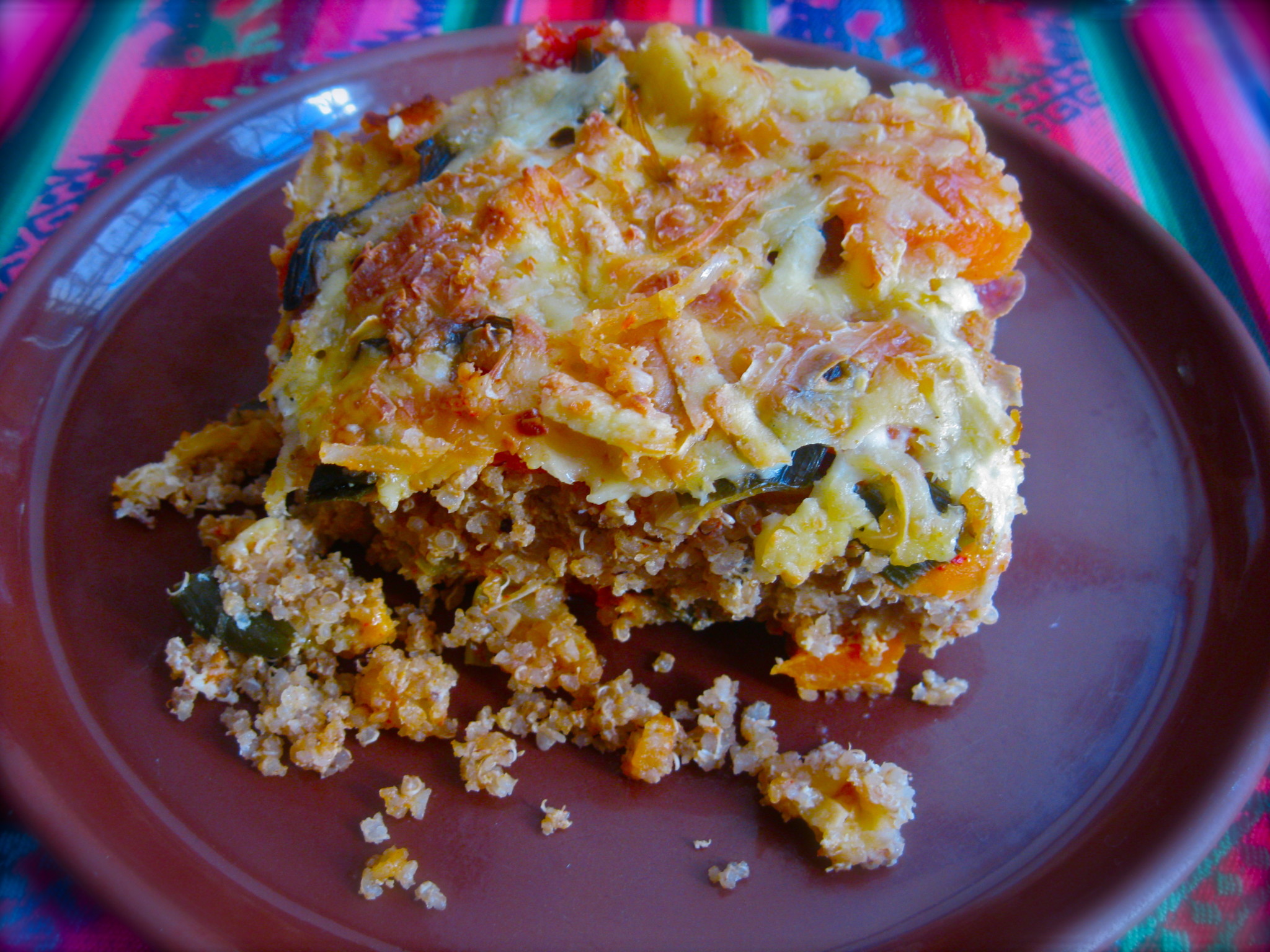 We honestly didn’t expect much of Bolivian food: I was imagining lots of uninteresting potato dishes and mystery meat. In Sucre, the country’s governmental capital,… 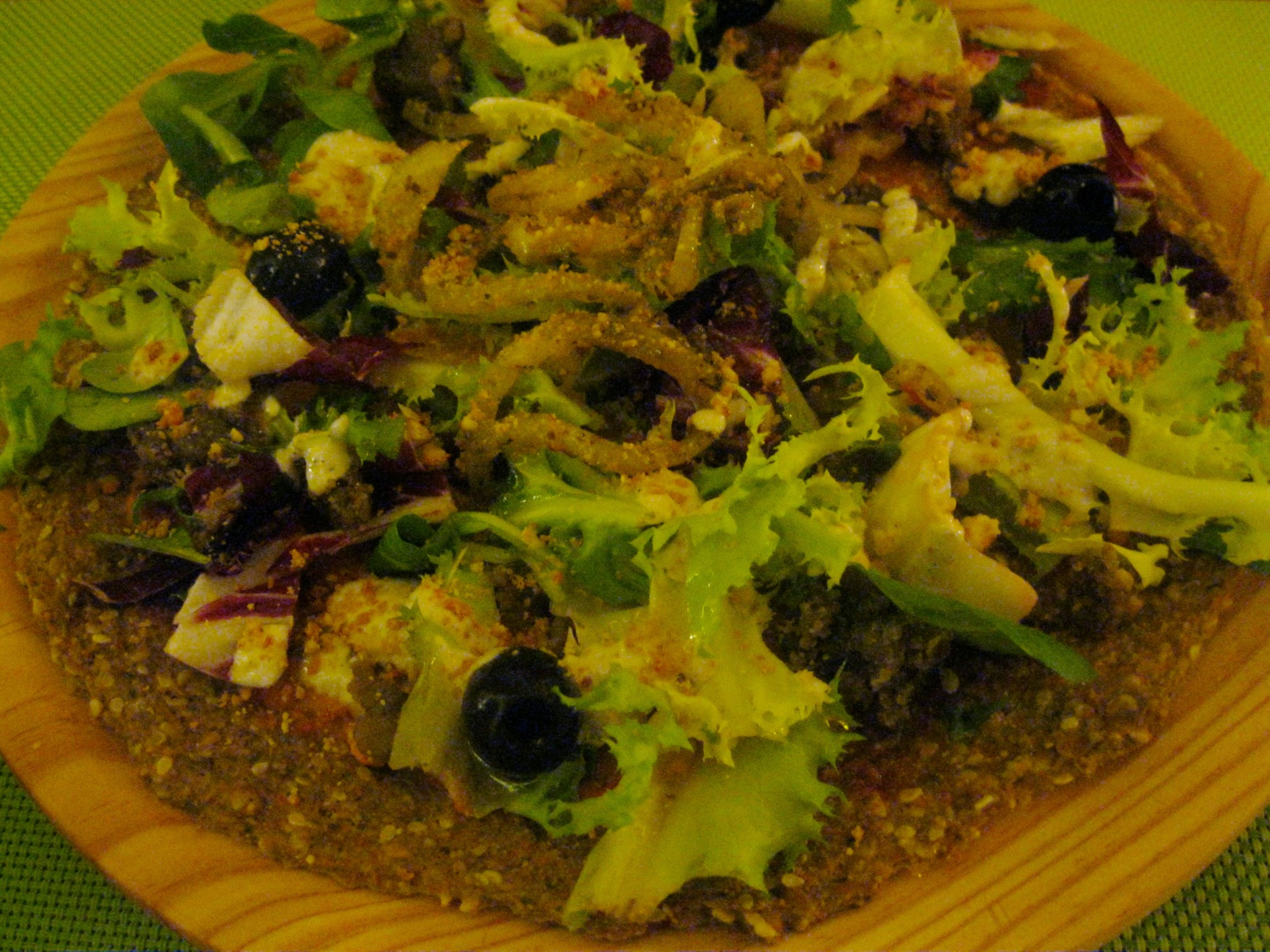