Planning your Lapland holidays? This ethereal land of midnight sun, endless forests, brown bears and wolves, is like the setting of a classic adventure book, waiting for you to explore its magic. Unsullied by urbanization, unhurried by changing times, you can still find ice fishing, reindeer racing and traditional celebrations amid the Sámi, or the Aurora Borealis, dashed across the sky like fairy dust.

But just when you thought it couldn’t get more interesting, here are some curious facts about Lapland that might just surprise you.

Since childhood many of us have asked, where is Lapland? You’ll be glad to know it’s not a magical place, far away. It sits on the Arctic Circle next to Sweden and Norway.

In summer, for 74 days, the sun doesn’t set at all. That means you can do anything at night that you would during the day; hiking, camping, wildlife watching; it will all seem that little bit more profound at 2am!

Temperatures have been known to drop to -30C, but in winter Lapland can remain at a perfectly crisp couple of degrees below zero. But bring extra socks, because it’s better to be safe than sorry!

There's a hotel made of ice

Kiruna in Swedish Lapland boasts the world’s most famous ice hotel, which is rebuilt every winter!

There are some quirky foods

Heard of cloudberry jam? How about squeaky cheese? Lapland has some incredible delicacies just waiting to be discovered.

Many of Lapland’s Sámi still continue their traditional lifestyle that revolves around reindeer herding; they’re one of the largest indigenous ethnic groups in Europe.

Lapland has its own university, two polytechnics and over 30 research institutes in total.

For everything there is a season

For the Sámi, the year divides into eight seasons, rather than four.

There are five different Sámi languages

North, South, Skolt, Inari and Lule, but you shouldn’t use any of them to ask a reindeer herder how many he has: it’s considered rude.

In fact, so prevalent in Porsanger that women who get pregnant time their due date around when midwives are available, lest that they’re hunting when it’s time to give birth!

When the Sámi want to protest about something, they turn their clothes inside out to show their disapproval. Which could be a fun new thing to try at home next time the dishwasher hasn't been loaded correctly.

Images by Timo Newton-Syms and Tarja Mitrovic, used under the Creative Commons license.

As the holidays approach, everyone’s gearing up to make their way home to family and friends. But before the turkey can be carved and the…

Whether you’re shopping for your parents, your sister or infinitely difficult significant other, these items are sure to be a win for all those left… 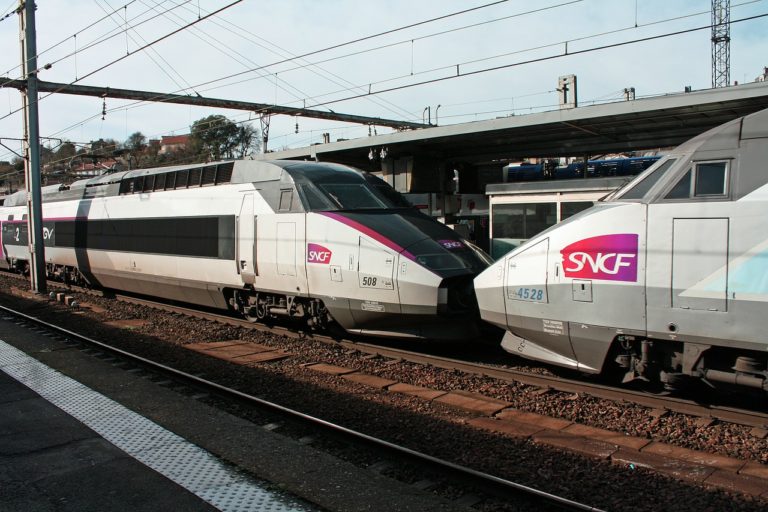 Traveling by train in France can be a thrilling adventure. There are many things to do such as enjoying the scenic views, meeting new people,…

With the winter months approaching, you might be excited to see a scattering of snow. While some countries see snow more often than others, winter…

Traveling anywhere can be stressful, and sometimes, when you’re going on vacation, there could be too much pressure on you — your family and work…