We had read about the Cameron Highlands in central Malaysia as a good place to escape the heat and humidity of the coastal areas, and when we were planning our time in South East Asia, they seemed like a good place to stop between Kuala Lumpur, our arrival point, and Penang where we would be housesitting.

Every time I heard about the the region, there were always three words that came up: tea, strawberries and butterflies. On the second of our three days there, we took a tour and visited all these things and saw what all the fuss was about, some of which was merited, and some of which we felt was perhaps not.

Indeed, the vast majority of Malaysia’s tea production is in the Cameron Highlands. Just two companies, BOH and Cameron Bharat Plantations have the country’s largest plantations here, and most of what is grown here stays in Malaysia. 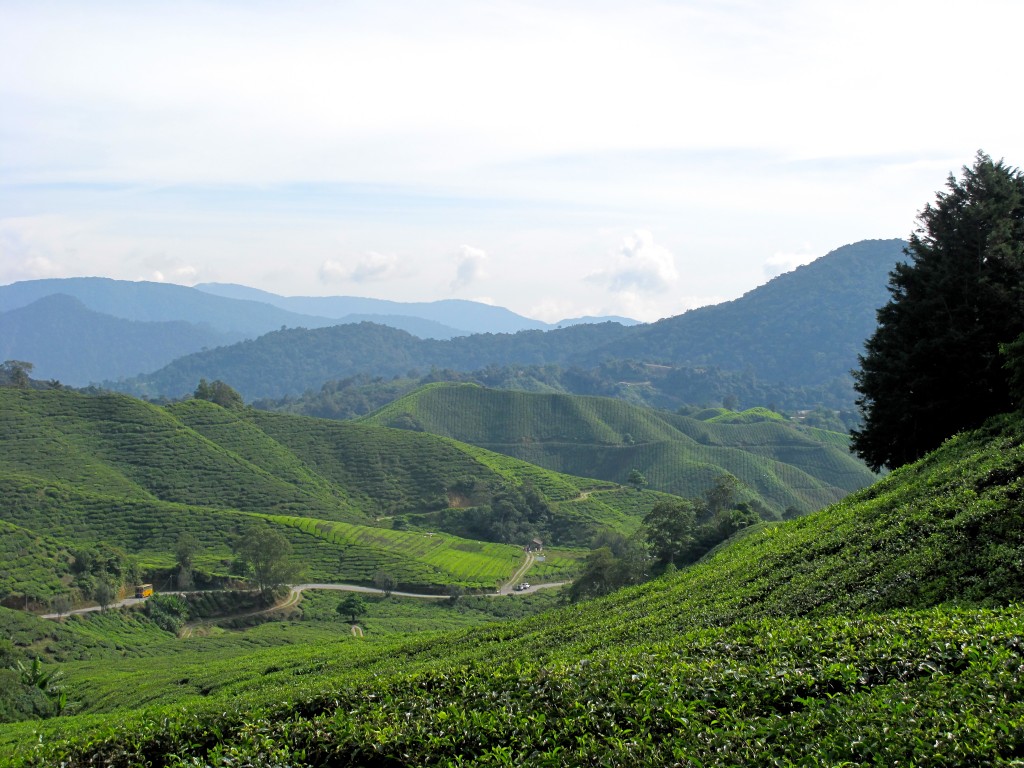 We visited the BOH plantation at Sungai Palas, where you can watch the progress from fresh leaves to tea through the stages of rolling, fermentation, drying and sorting. It was interesting to see the process in action in a place which is clearly a working tea factory with early 20th century machinery, not just a sanitised version set up to show tourists. 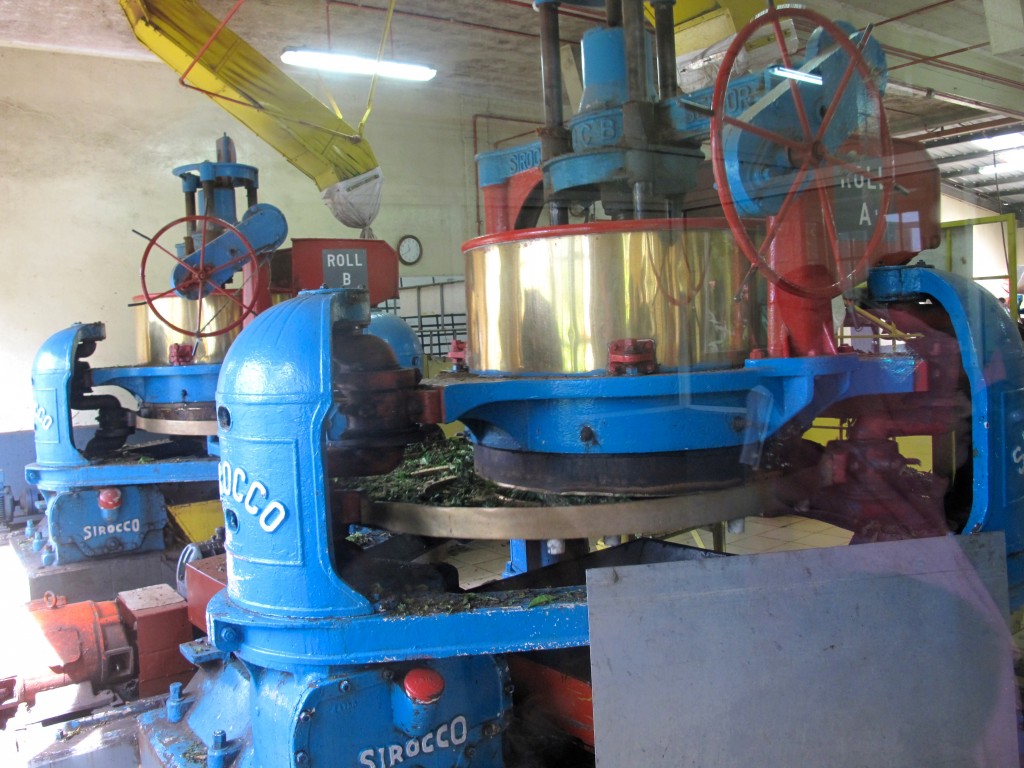 There is of course also a shop and a café, which while rather busy (mostly with Malaysian tourists it seems), does have lovely views over the surrounding hills. Unfortunately, I found the loose black tea rather unpleasant (it was too bitter for me), but it was still worth stopping there to enjoy the scenery. 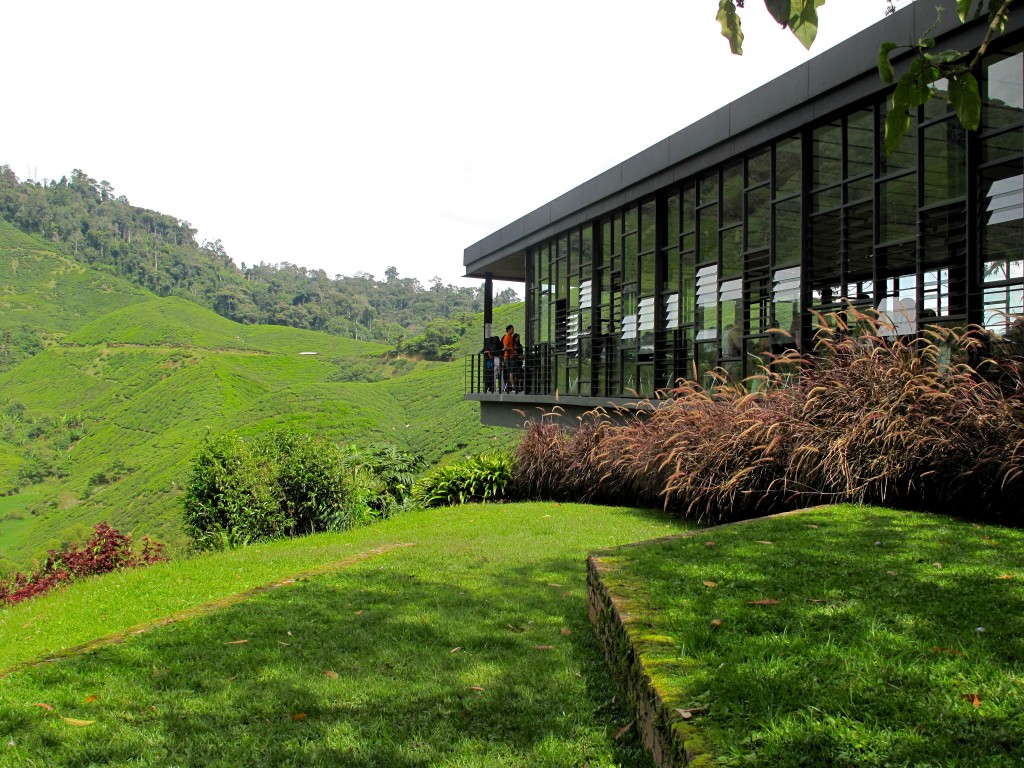 When the British introduced tea to Malaysia, they also brought strawberries to grow in the highlands. Nowadays, you’ll see strawberries sold in every possible form throughout the area. We visited a strawberry farm, but were disappointed with how they were grown in grow bags in very unscenic surroundings. We tried a strawberry juice (one of the only vegan things available) and it tasted pretty fresh, but I’m not sure it merited the trip especially.

Probably the most disappointing thing from our trip to the Cameron Highlands was our visit to the Butterfly Farm. I was expecting a large greenhouse with tropical plants and a few butterflies happily flitting around from flower to flower. What we found instead was more like a small zoo, with several kinds of insects and reptiles in very small enclosures as well as a few other animals such as bunnies, chipmunks and ducks, cooped up and not living in the best conditions. 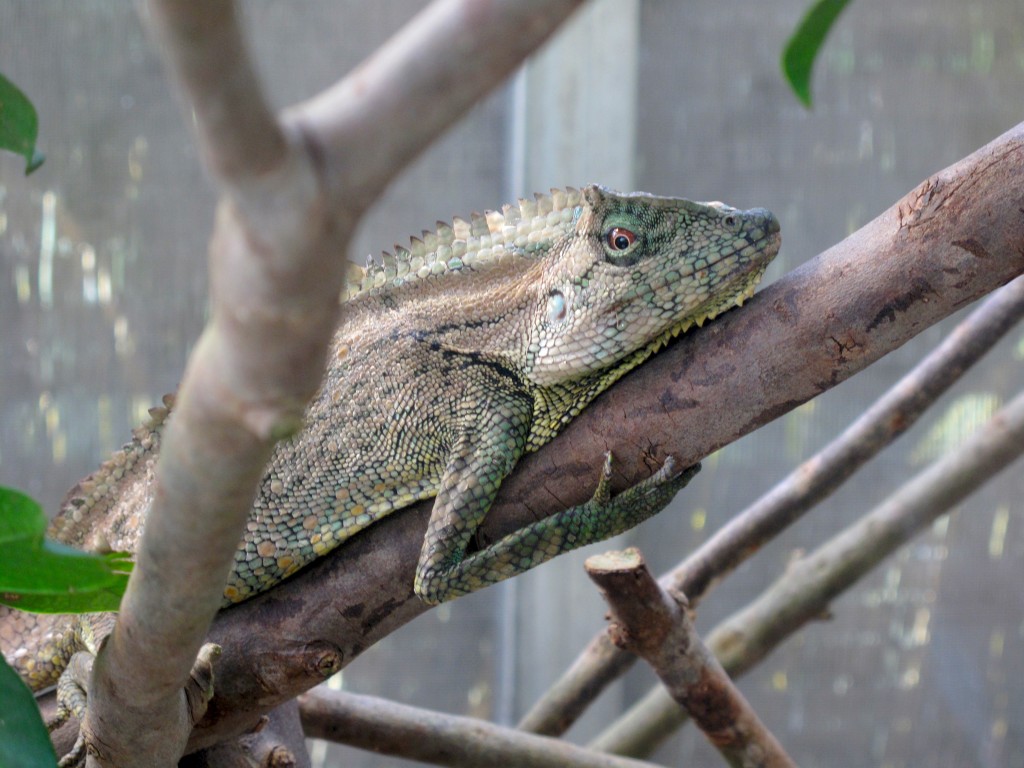 There was indeed a butterfly house, and many of its inhabitants were beautiful, but it was much smaller than I expected, rather less lush and there were also several dead butterflies on the ground. Perhaps worst of all, however, was that the adjoined shop sold dead butterflies pinned on boards. The whole thing was somewhat upsetting and I wish I hadn’t gone in the first place. 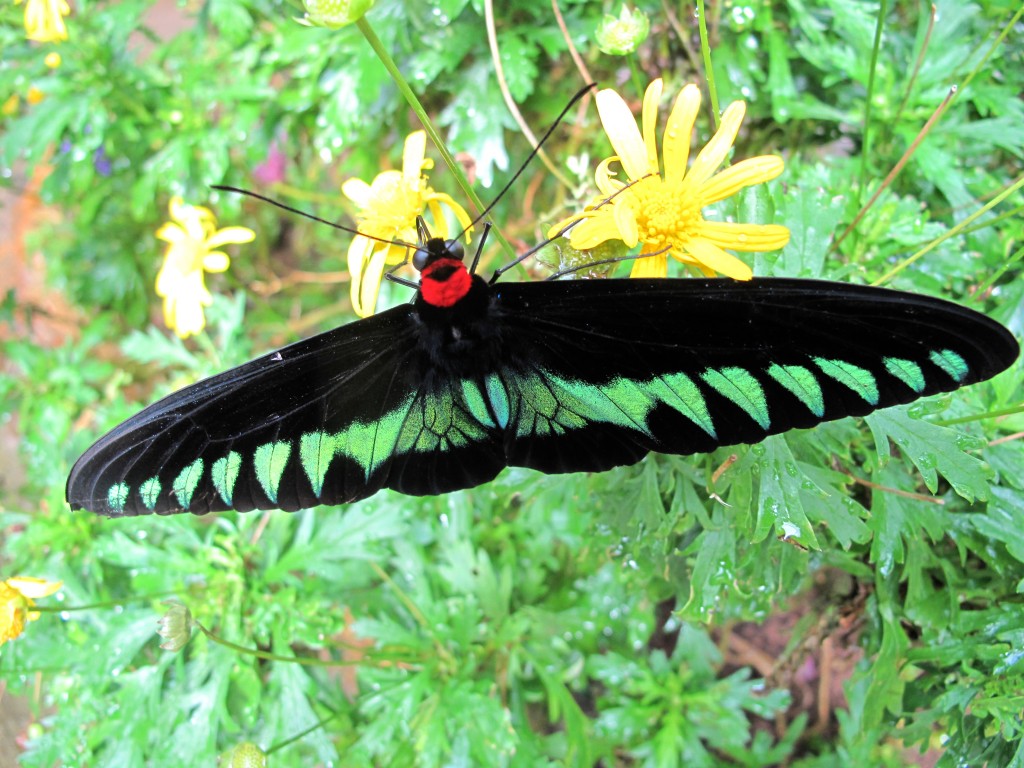 The highest point in Peninsula Malaysia, the top of Gunung Brinchang stands at 2000 meters above sea level and offers gorgeous views of the surrounding landscape. Definitely the best part of our tour was driving up the dirt road to just below the peak and climbing up the Brinchang Watchtower for the view, which I think speaks for itself. 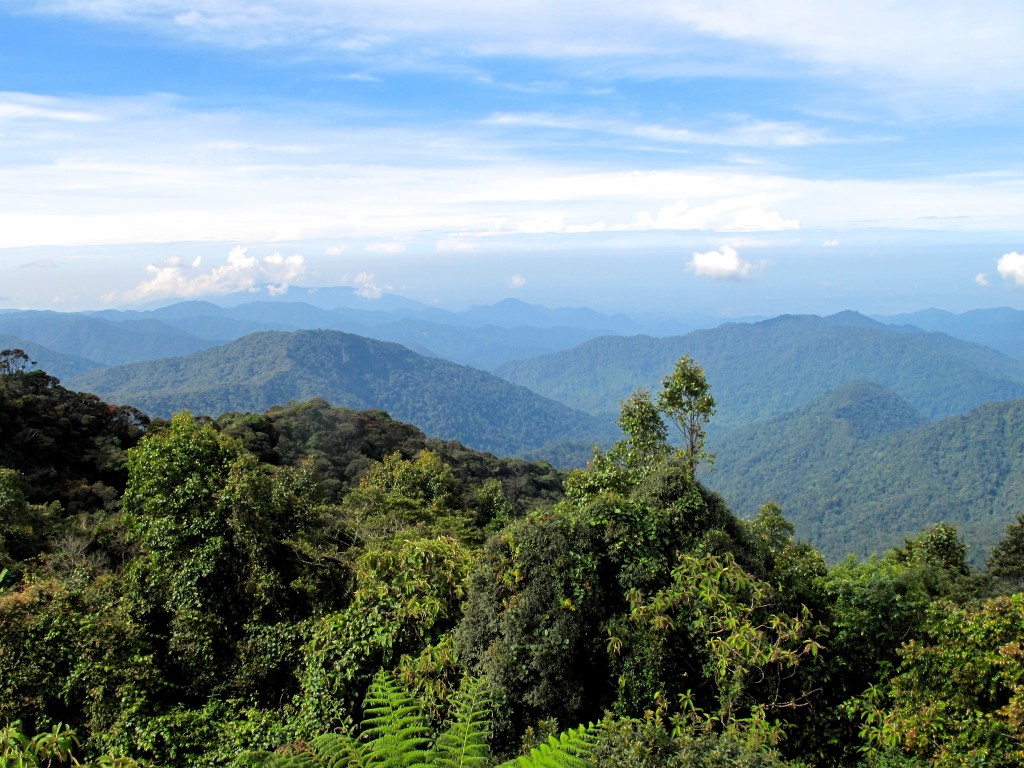 Would we go back?

No, probably not. While Tanah Rata is no doubt the most convenient place to stay for a visit to the Cameron Highlands (it is where the bus station is, and the majority of the accommodation in the area), it is not a particularly nice town.

We stayed for three nights, which was probably one or two too many. If you have your own transport, you could easily visit the Cameron Highlands for just one night, otherwise, two would be plenty.

Have you been to the Cameron Highlands? Did we miss anything that you thought was worth while? 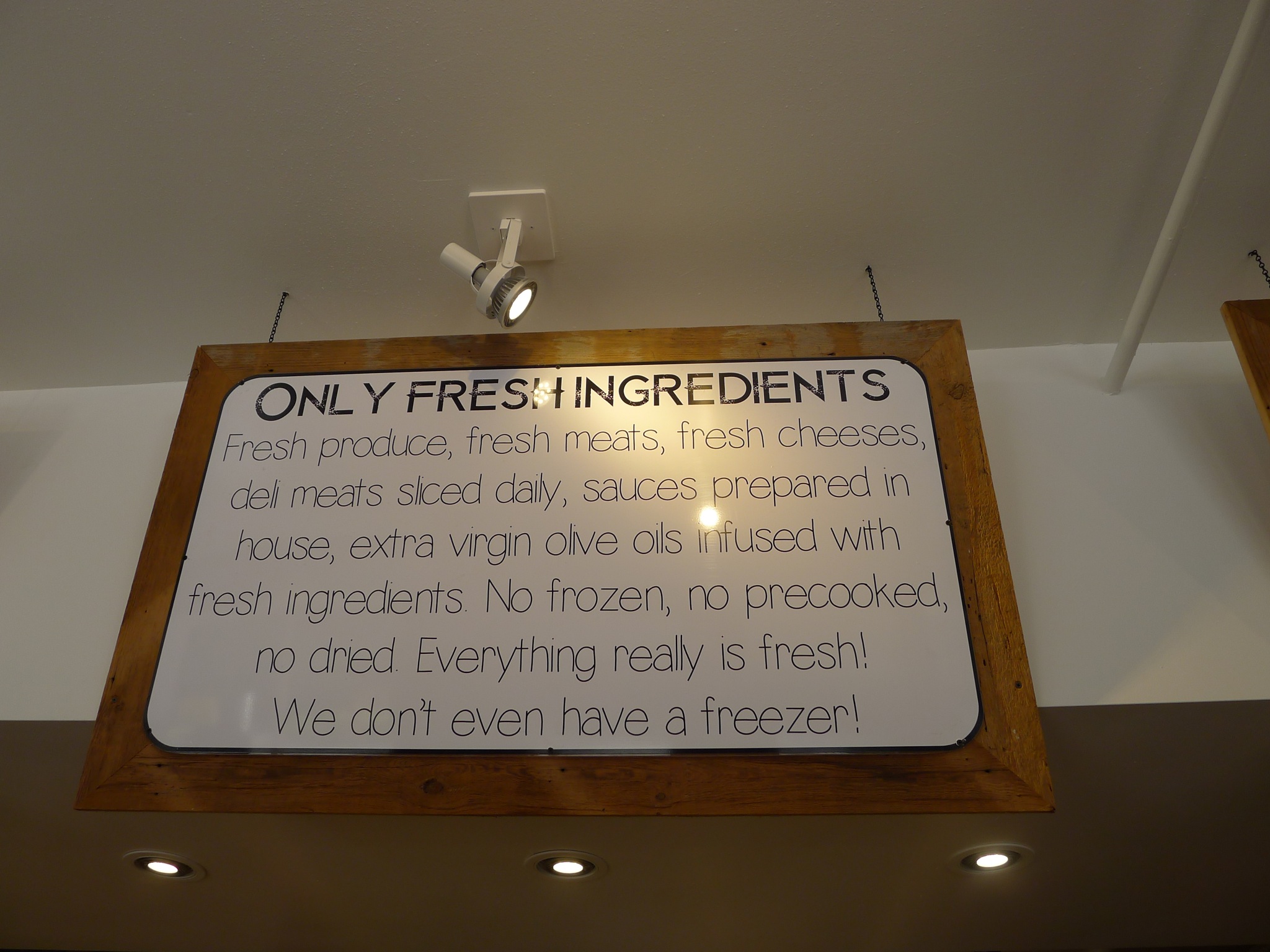 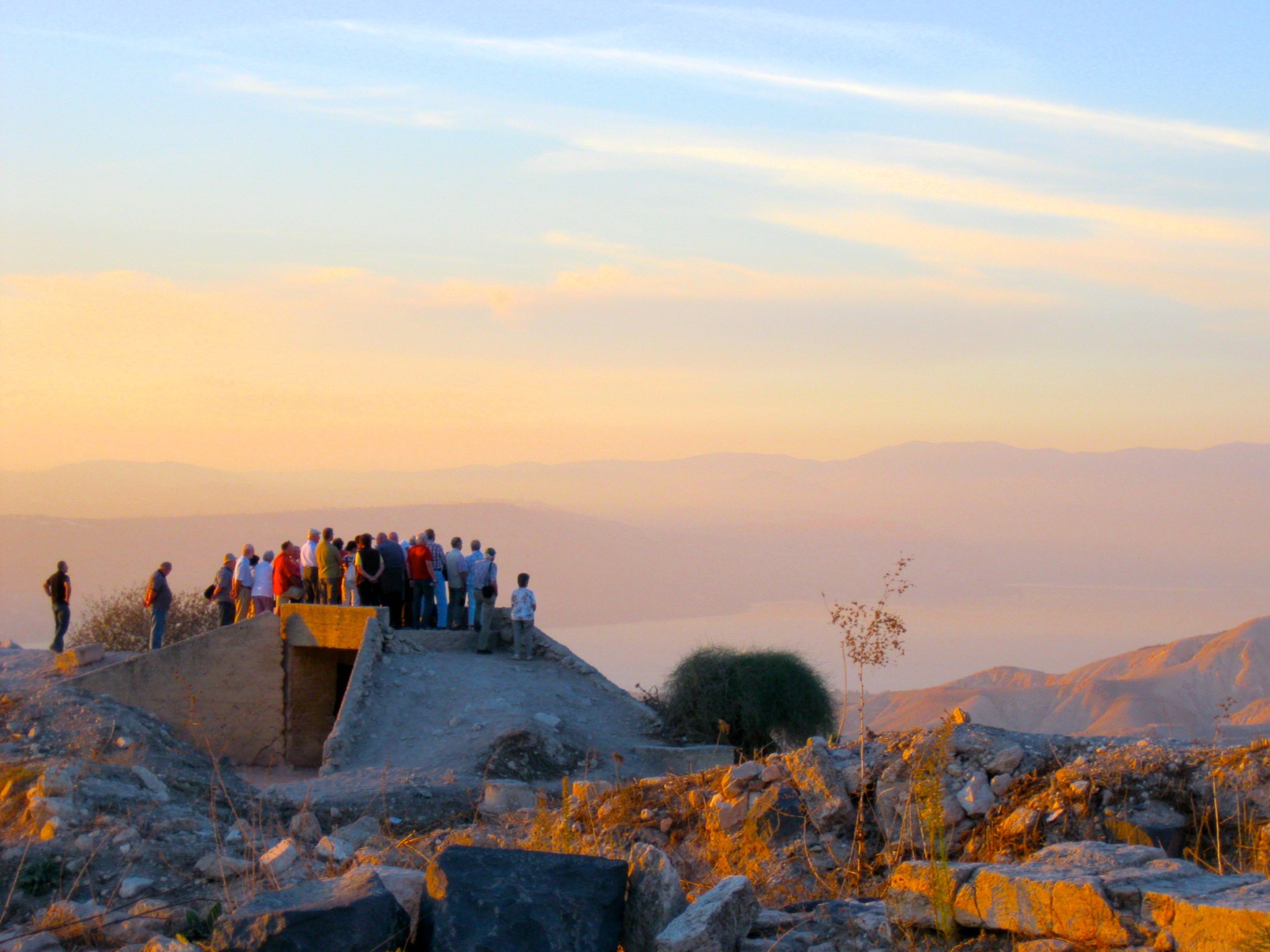 Think of Jordan and ruins and what’s the first thing that comes to mind? Petra, right? And more specifically, this view of the Treasury I… 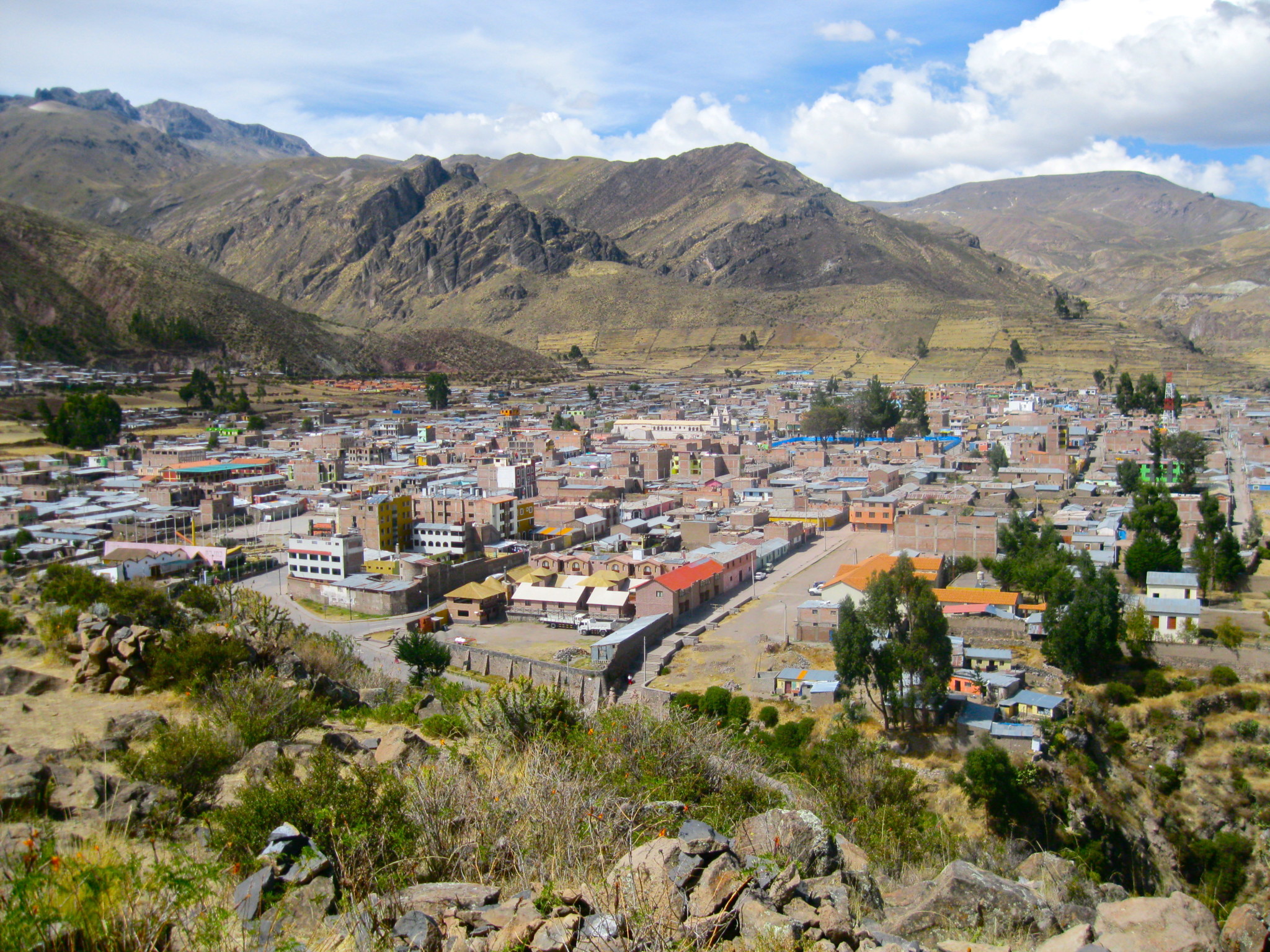 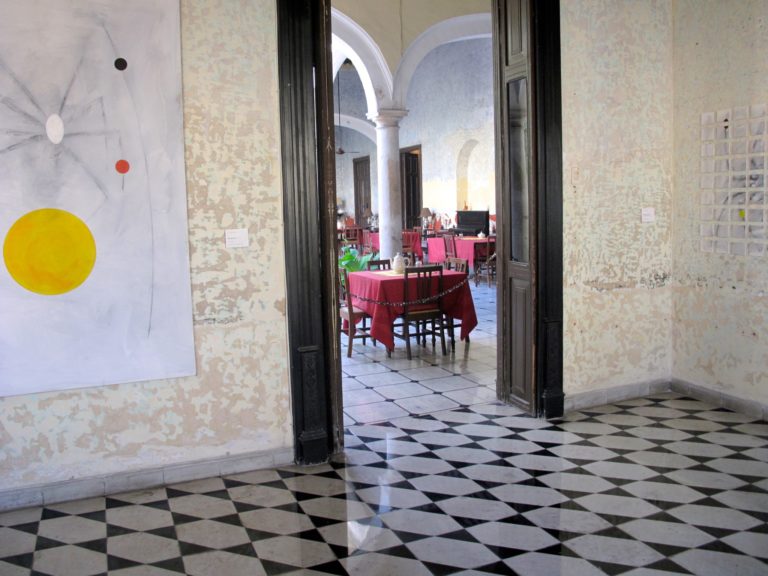